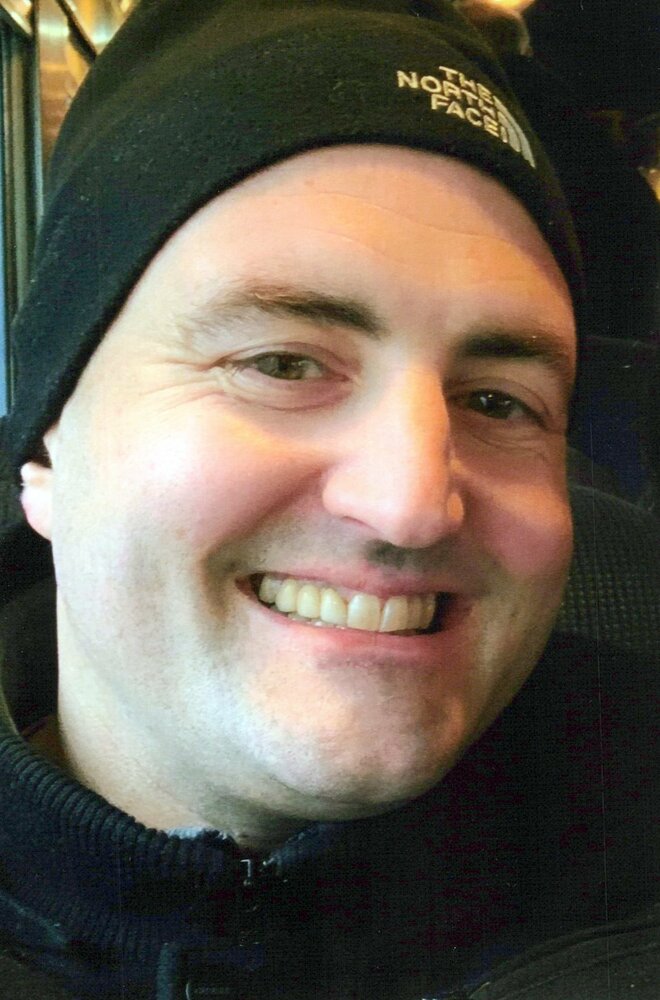 Please share a memory of Joel to include in a keepsake book for family and friends.
View Tribute Book

Joel will be remembered as a dedicated husband and father. Growing up with many aunts, uncles, and cousins, he also shared a great love for spending time with extended family. He was a dedicated Phish fan and attended dozens of shows/festivals over the years with his closest friends. Although he did not always watch each game in its entirety, because doing so was too stressful for him at times and he felt he would jinx the team, he was also a lifelong fan of the Buffalo Bills.

Joel grew up in Henrietta with his parents and brother and graduated from Rush-Henrietta Central School District in 1998. He then went to St. John Fisher College, where he met many of his closest friends. He attained his Bachelor of Science degree in 2005 from Brockport College. Joel began working with Cintas immediately following college. He continued to make his way through different roles within the company, with his most recent role as Market Sales Manager.

His family will receive friends Thursday, January 6, 4-7pm at the funeral home (570 Kings Highway So.), where his celebration of life will be held Friday, January 7, 11:00 am. Masks will be required by the family. Interment Webster Union Cemetery.  In lieu of flowers, donations may be directed to the Ayden and Olivia Prince Education Fund C/O Allison Prince 570 Kings Hwy S. Rochester, NY 14617. To share a memory or send the family a condolence, please visit  www.harrisfuneralhome.com.